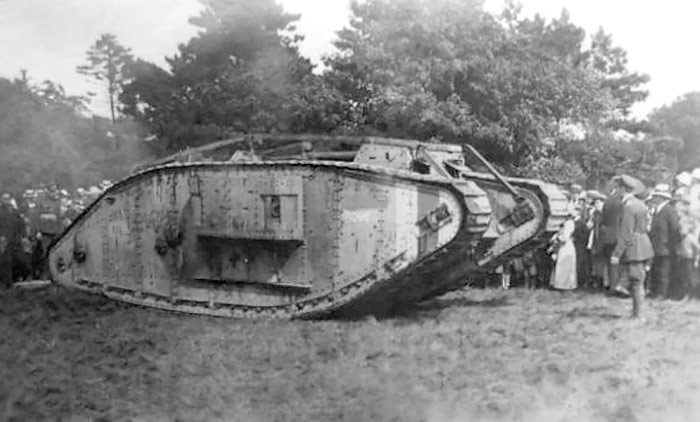 Marked as Peterborough’s “war trophy” and dated 12th August 1919, this supposed captured German tank – it was actually a British tank –  was brought to Central Park in 1919 and remained there until it was cut up for 30 tonnes of scrap in 1938 after being purchased by Mr W Evans of St Johns street.