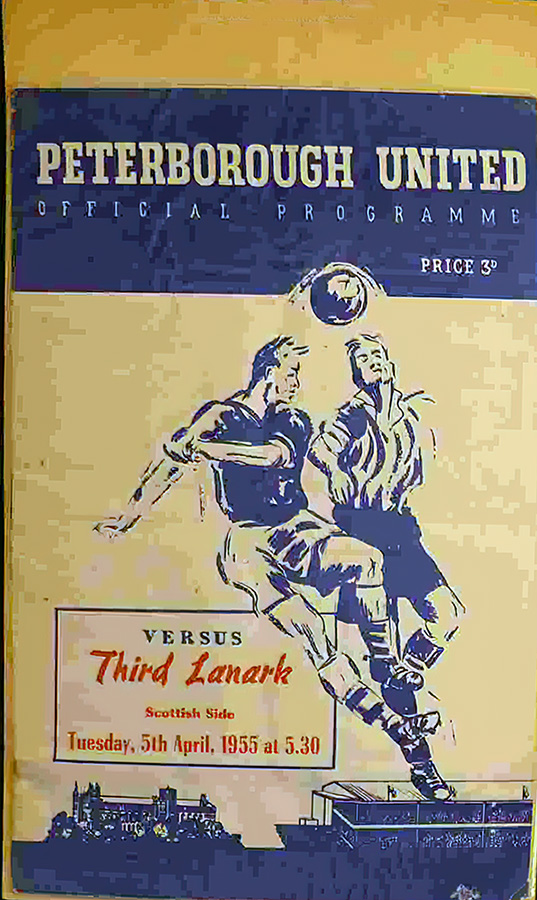 A rare 1955 programme for a friendly game between POSH and Glasgow based Scottish side Third Lanark.

Third Lanark was formed in 1872 as an offshoot of the 3rd Lanarkshire Rifle Volunteers and was one of the founding members of the Scottish Football Association in 1872.

Third Lanark went out of business in 1967, as a result of mismanagement, six years after having finished in third place in the SFL albeit a new amateur side with the same name was reformed in 2008.