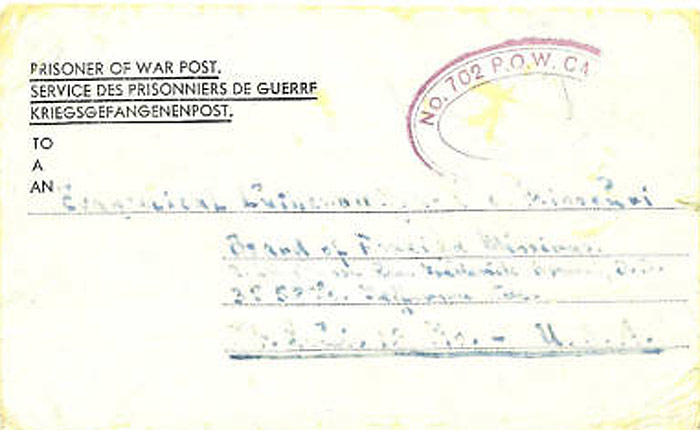 A fascinating 1944 postcard sent back home from a German prisoner of war based at Camp 702 which was somewhere in Kings Cliffe although nobody seems too sure exactly where it was !

Update from Andrew Martin: “I have been researching POW camps in this area for many years –  the location of the camp is given as “in the village of Kings Cliffe” but the camp was actually on the site of the airfield. It was opened for German POWs in March 1946 and was a holding camp for POWs waiting for repatriation. It was run by the RAF and not the Army”.