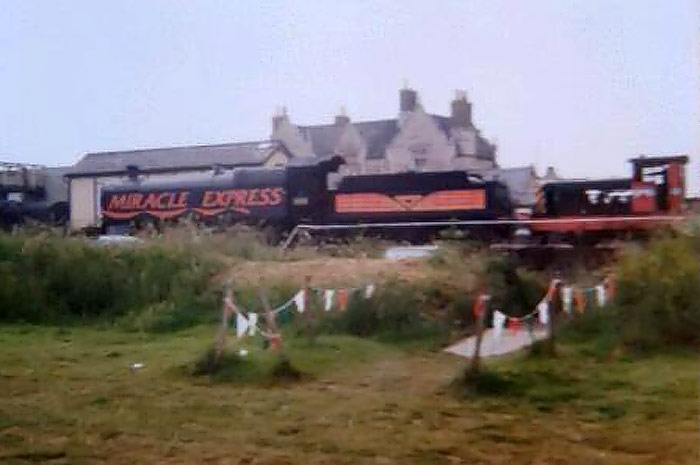 In Spring 1989, the rock band Queen shot a video at the Nene Valley Railway HQ at Wansford for their single “Breakthru“ that reached number 7 in the British charts. The video showed them on a steam train (No.3822 from Didcot, repainted) that was given the name ‘Miracle Express’ after the title of their 1989 album The Miracle.