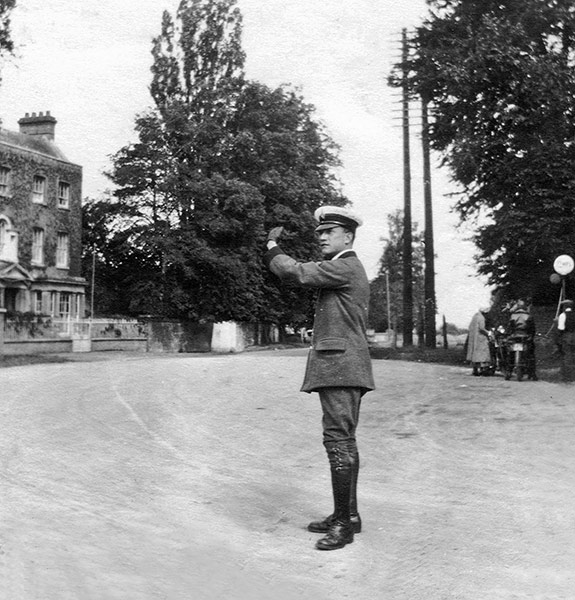 A superb image showing an RAC Scout at Norman Cross in the 1920s.

To the left, north-west, is the English Garden Hotel. To the right is the garage facility outside the Norman Cross Hotel.

The RAC introduced uniformed mobile patrols around the roads of Britain during 1901 with the patrolmen wearing a uniform not unlike the military police of the day, including tailored jodhpur trousers. The patrolmen had an army-like rank structure with corporals, sergeants and officers. Mounted on Matchless motorbikes with sidecars containing a tool kit, fanbelts, engine hoses, and metal cans of spare petrol they were usually located on standby at laybys and major road junctions. Until around 1930 control could only contact the mobile patrolmen by telephone, so they waited by public telephone boxes for the callout. From 1957 onwards they were equipped with radio sets for two way contact with their local headquarters.