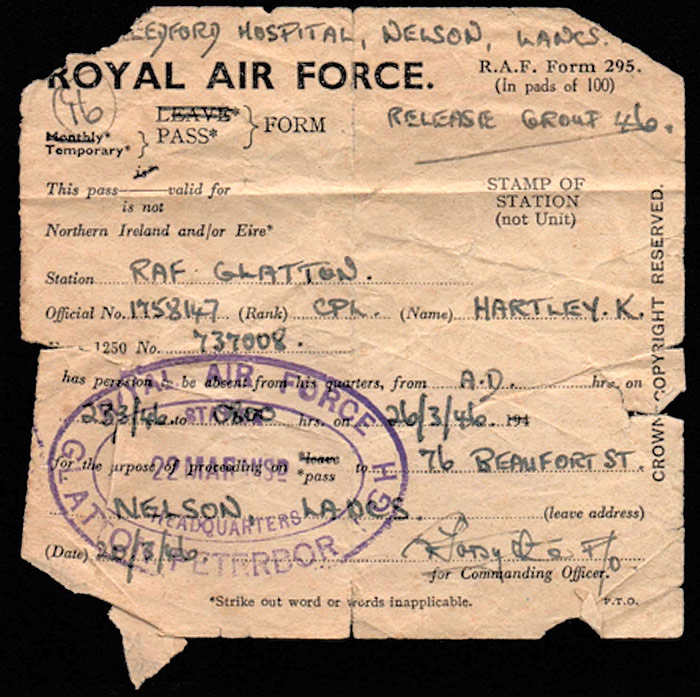 An RAF pass form granting permission to leave base for a trip to a hospital at Nelson, Lancashire in 1946.

Glatton (actually Conington but named Glatton to avoid confusion with Coningsby!) was used by the USAAF as a bomber base through to August 1945 after which it was returned to the RAF’s Bomber Command until being closed and sold off in 1948.