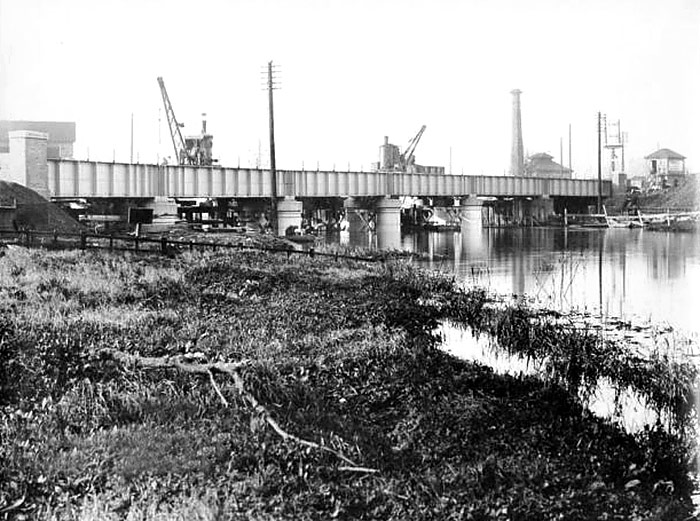 Taken slightly later than the other image on the site, this November 1932 shot shows the line linking Peterborough East and North stations in the latter stages of its reconstruction.

Geoff Sutton adds, “the image is taken from the downstream (Town Bridge) side as with the earlier image but from the opposite (south) bank of the river.  It would seem to have been taken slightly later in the construction of the bridge than the first picture as the wooden scaffolding has been removed. I am wondering if both pictures came from the same source. It is interesting to note the vertical boilered steam cranes still toiling away on the bridge.

“The building on the extreme left behind the bridge end post appears at first glance to have a sloping roof but is, in fact, the LNWR shed water tower as appears in the earlier picture. The Midland Railway design signal box at the far end of the bridge was named Nene Junction. I haven’t managed to find any reference to the building and chimney on the opposite side of the track to the signal box but I’ll let you know if I can find out about that.”