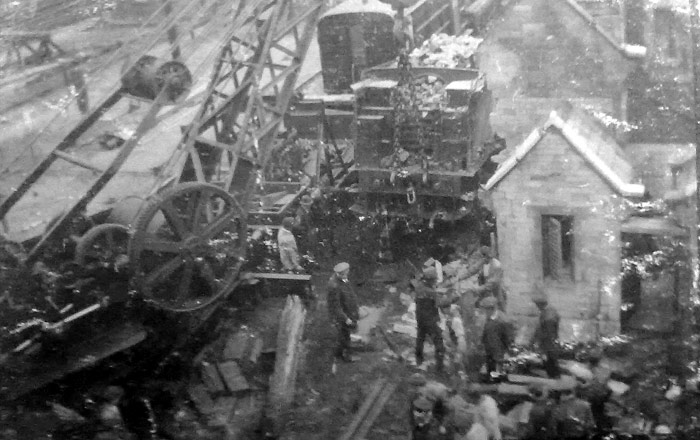 A steam crane in the foreground working at the scene of a rail crash on 14th August 1922. A runaway GNR engine hit speeds of up to 40mph before taking out the buffers and crashing into the old stationmaster’s house. The inhabitants had a lucky escape with nothing more than cuts and bruises.

The top photo was taken from Crescent Bridge by Alfred Cooke who ran a well known store on Westgate. 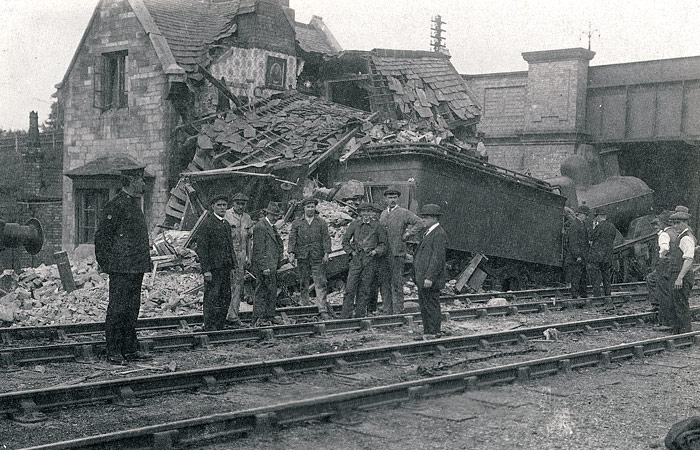