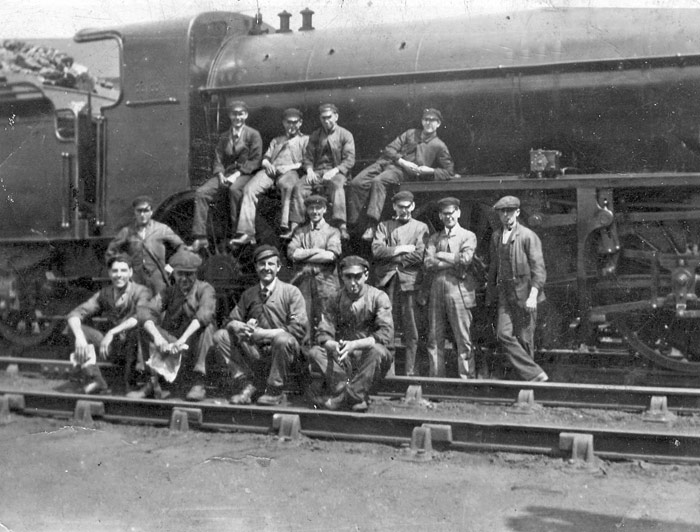 This one took a lot of restoration to reveal anything but a faint pencil note on the back suggests it was taken at Peterborough and probably at New England Yard.

Dr Rob Dallara, who now lives in Saltburn by the Sea, Cleveland adds …… “I think the worker on the extreme left sitting in the front row is my father, the late Mr Gastone( Tony) Dallara  who worked on the railways from coming to England in 1955 to when he died in 1978. He was based solely in Peterborough, starting work as a track worker/ganger and then being promoted to a flaw detector where he was responsible for identifying cracks and faulty rails from Connington tip to Essendine. He was well known in the town particularly in the field of athletics where he was a coach for Peterborough Athletic Club. I believe they still hold an annual meting where the Tony Dallara trophy is awarded. The year of the photo was probably around 1958-60, my father would then have been 30-32 years of age.”