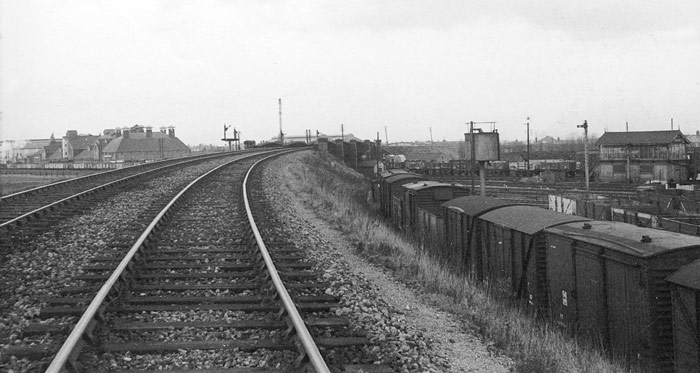 Two superb views of Rhubarb Bridge carrying the M&GN line from Peterborough across through Dogsthorpe, Eye, Thorney, etc towards Wisbech and Kings Lynn. The line had closed to passenger traffic a couple of years prior to these photos but occasional freight traffic kept the line alive a little longer. The bridge was eventually demolished in the early 1970s and replaced by today’s parkway bridge carrying the A47 over Bourges Boulevard.

The name Rhubarb Bridge remains in place today and arose from the crops of rhubarb that occured on the embankments after soil had been used from local allotments in the original build !

Thanks to Middleton Press for allowing us to include these images. 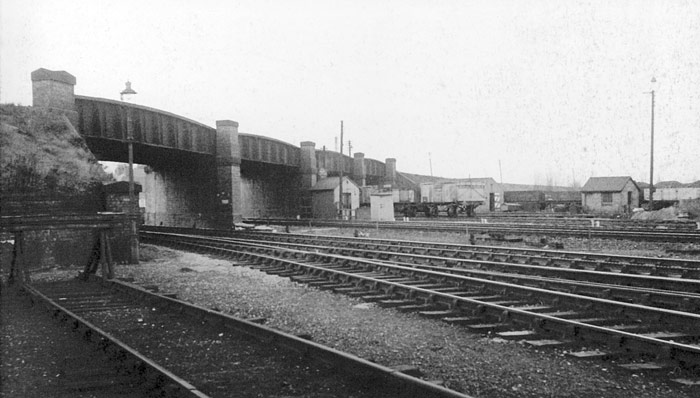