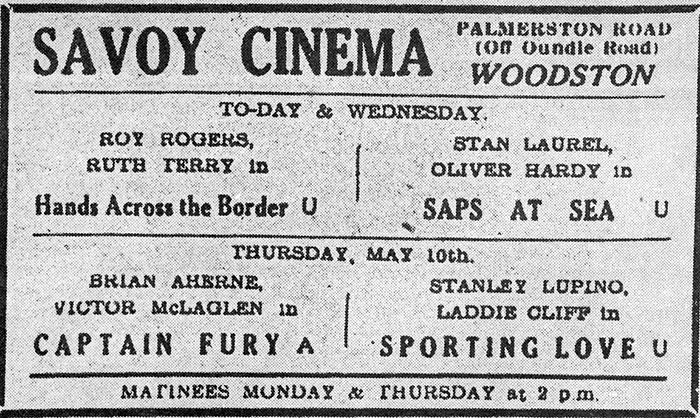 Based on Palmerston Road, the “Woodston Cinema” was housed in converted brewery buildings and was opened on 29th March 1920 with “The Girl Who Came Back” and had 400 seats.

It closed in 1931 and had been the last cinema in the city to convert to sound. It was altered and enlarged to 500 seats before re-opening on 26th December 1933 as the “Gem Cinema”.

A change of owner in 1939 resulted in a further name change to the “Savoy Cinema”. It eventually closed on 1st October 1955 with the last films being John Payne in “The Blazing Forest” and Ray Milland in “Rhubarb”. It went on to become a furniture store for John Blundell and then became a warehouse before being demolished in the 1990s.

Below is a wartime advert for the savoy and an undated image. 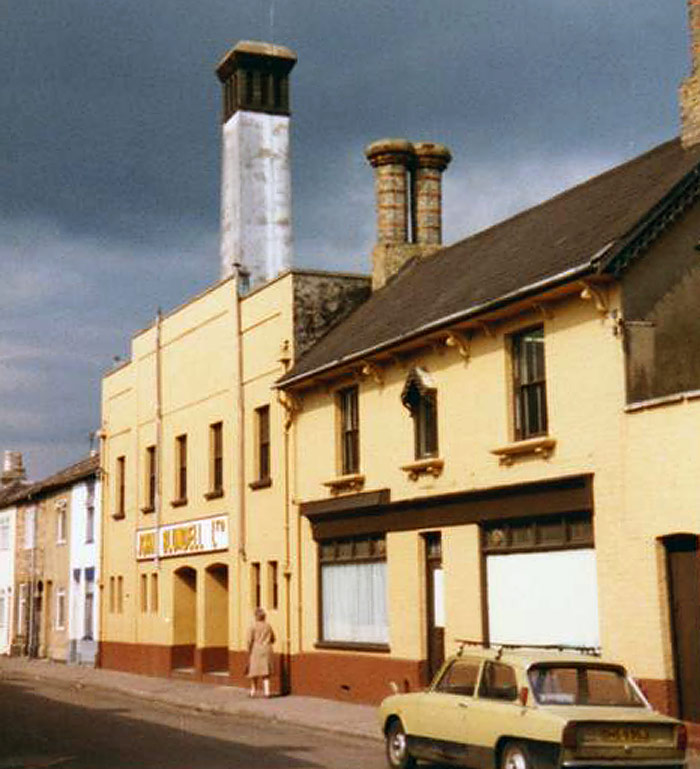