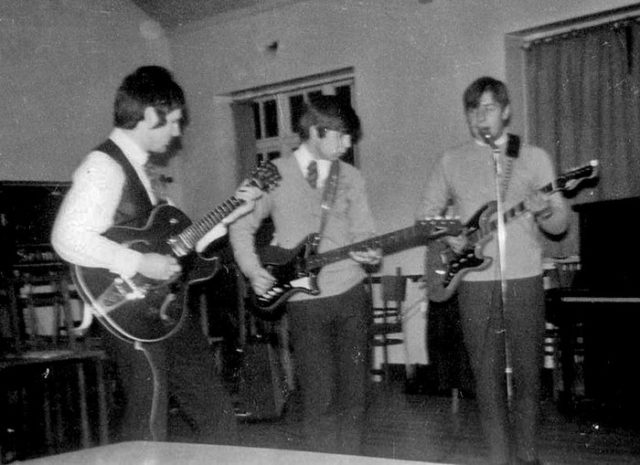 The photo above was taken of the band rehearsing in Werrington Village Hall and the image below was from a “Beat Contest” at London Road Drill Hall. Pete and Phil still play together occasionally now in “Route ‘66” and Phil also still plays in “Park Lane”. Godfrey lives abroad, Maurice sadly passed away many years ago. 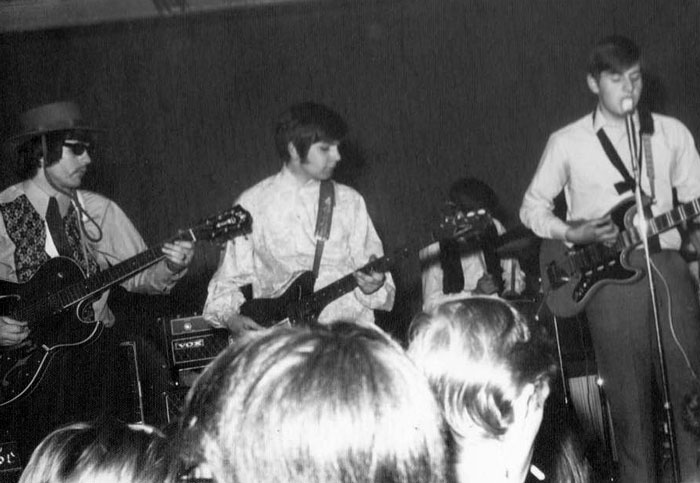