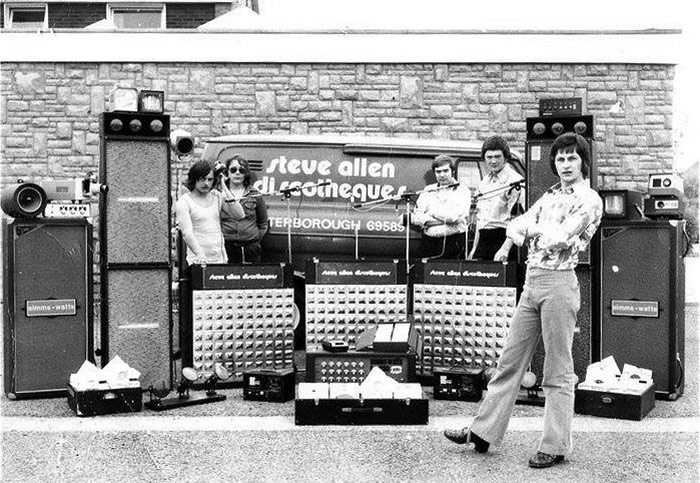 A familiar name in 1970s and 1980s Peterborough, believed to be pictured outside the Halcyon pub in Westwood.