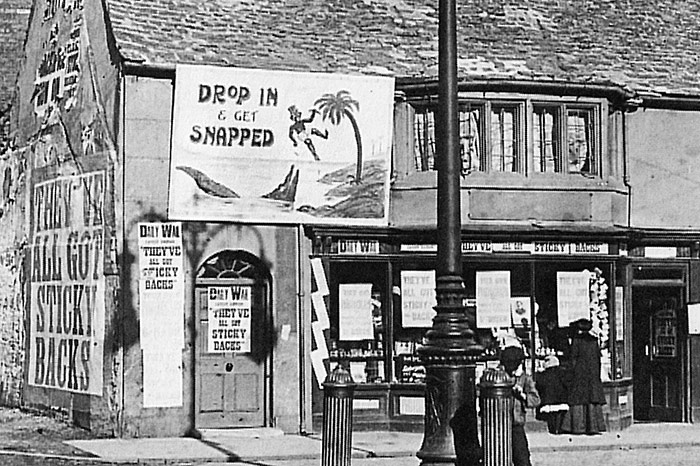 This bizarre property dated back to the 1600s and was positioned at the junction of Midgate (to the right) and Long Causeway/Broadway (to the left) such that it actually protruded out to partially block access to Broadway. Probably ideal for attracting passing trade which is maybe more than can be said for what would, today, be deemed a politically incorrect sign outside !

The owner of the premises here, around 1900, was evidently a photographer who is clearly making great play of the fact that he offers “sticky backs” which were sequences of small postage stamp sized images with adhesive on the back. In appearance, they wouldn’t look wholly different to the photo-booth passport style image strips of today albeit these were produced by human hand rather than by machine !