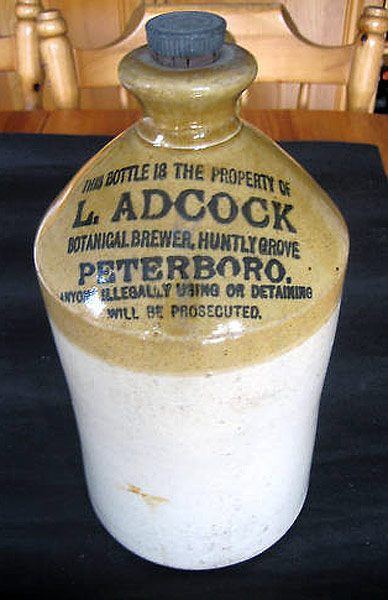 A very early stone jar from the company now based in Crowland as the major manufacturer of Soda Syphons.

L Adcock was Leonard Adcock who moved to premises on Huntly Grove in 1911 with his wife Sarah where they brewed and sold Ginger Beer and Dandelion & Burdock in stone jars – the term “Botanical Brewer” signifies a brewer of non-alcoholic drinks. Sarah was very much the chief brewer whereas Leonard looked after the sales and delivery via the business’s single horse drawn dray. The lower image is almost certainly of Leonard at work !

In 1928, the business had grown sufficient for them to purchase their first motorised vehicle – a model T Ford van – and Adcocks (Peterborough) had entered the local soft drinks trade.

In 1954, Adcocks purchased Hydrox Ltd and started producing their own brand of glass soda syphons to support their soft drinks trade and ultimately focussed more on the syphon side of the business where they now have the UK’s #1 position as manufacturers. 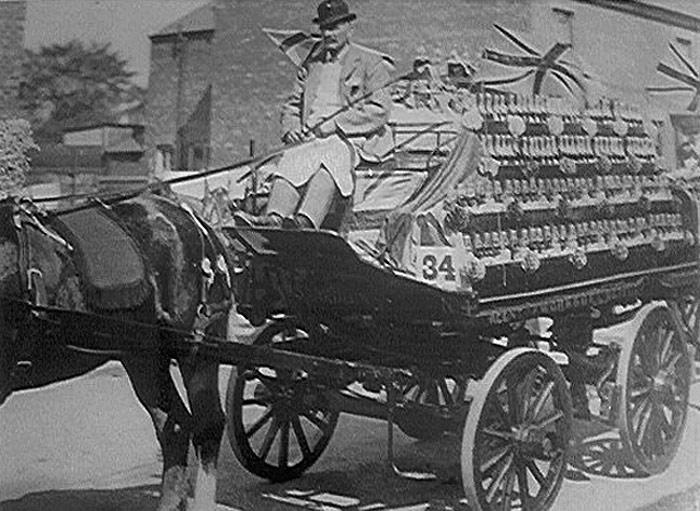