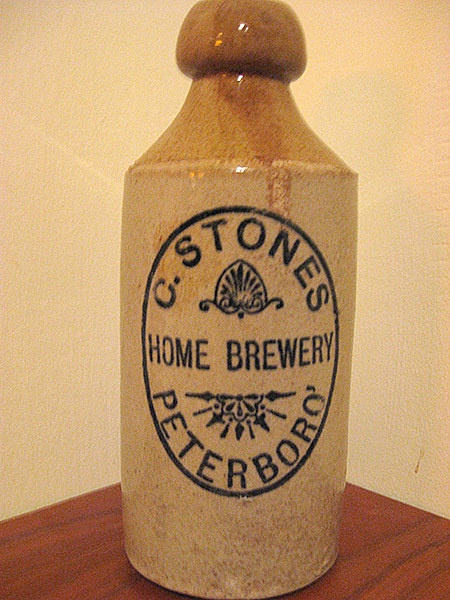 A ginger beer bottle from Stones Home Brewery which operated in the early years of the 1900s from Towler Street and Long Causeway. The business was run by Yorkshiremen Thomas Cowburn Stones, Sidney Stones and George Edward Stones who defined themselves as Aerated Water Manufacturers and Beer and Spirit Merchants.

The initial business was “dissolved” on 6th February 1903 when George left the business but Thomas and George were known to have continued for a short period afterwards.