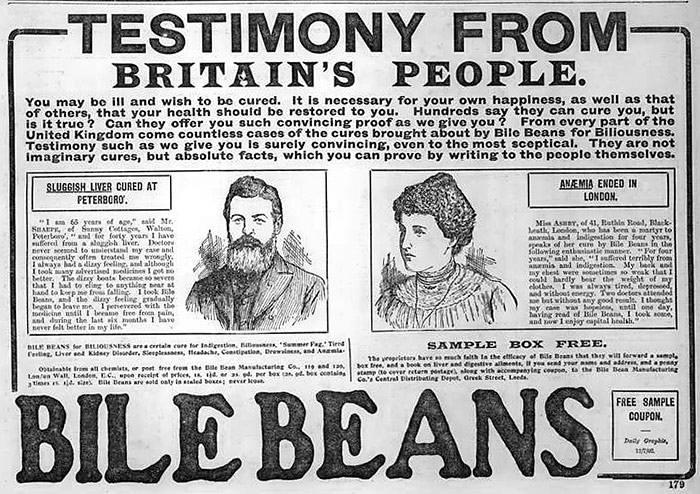 A wonderful old 1902 advert for Bile Beans and featuring testimony from a Mr Sharpe of Sunny Cottages, Walton who claimed ……

“I am 65 years of age and for 40 years I have suffered a sluggish liver. Doctors never seemed to understand my case and consequently often treated me wrongly. I always had a dizzy feeling and although I took many advertised medicines I got no better.

The dizzy bouts became so extreme that I had to cling to anything near at hand to keep me from falling. I took Bile Beans and the dizzy feeling gradually began to leave me. I persevered with the medicine until I became free from pain and during the last six months I have never felt better in my life”

The 1901 census shows that a Thomas Sharpe was indeed living at Sunny Cottage, Walton and was working as a “Fishmongers Agent”. 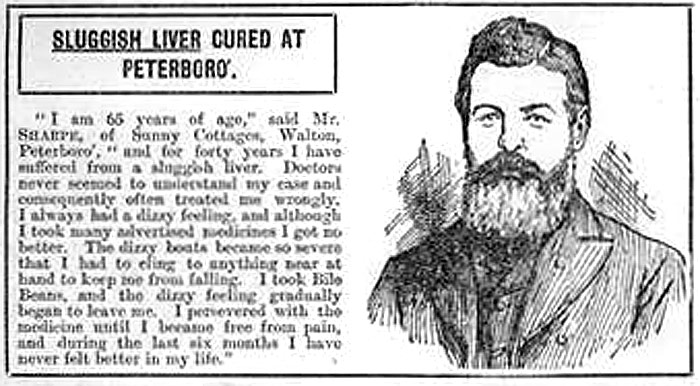