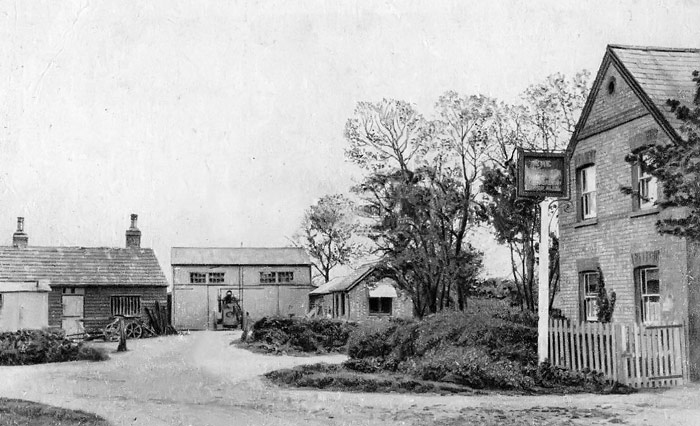 A lovely old image showing the Huntingdon Breweries owned Black Bull public house at Sawtry around 1912 ….. which was also known as or later known as (not clear which) The Durham Ox.

The Black Bull was situated at the junction of Green End Road and St Judiths Lane and although no longer a drinking establishment, the building is still standing as a private residence in 2016.