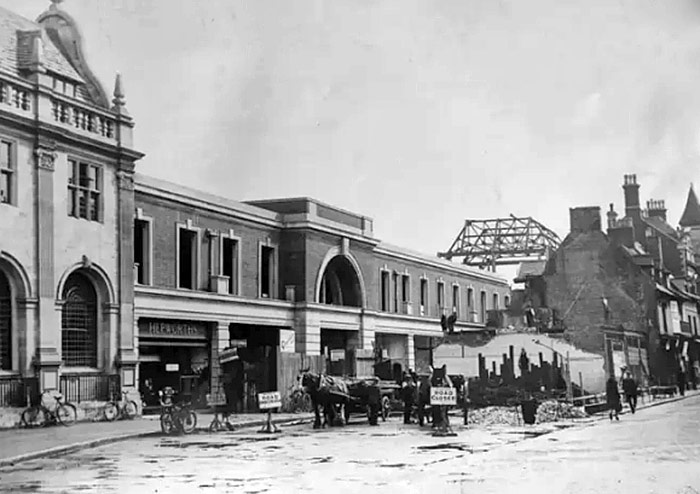 Demolition work in progress to demolish one side of Narrow (Bridge) Street to create the broader Bridge Street that we know today. The buildings on the far left give a good indication of the respective widths of the two Bridge Streets.

The decision to widen Bridge Street was made in December 1926 but with more than sixty architects submitting tenders for the work, it wasn’t until well into 1927 that work started via the hands of John Thompson & Sons, local builders of some repute who took on the work for the sum of £186, 300 !

By April 1929, foundations were being dug for the new Town Hall and in June 1929 the foundation stone was laid by the Duke of Kent (then Prince George).

Many of the shop owners on Narrow Street were offered premises in the new Bridge Street and simply moved back a few yards.

With the opening of the new Town Bridge in 1934, the city at last realized its ambitions to have a clear accessway from the river along Bridge Street to Market Place and beyond.