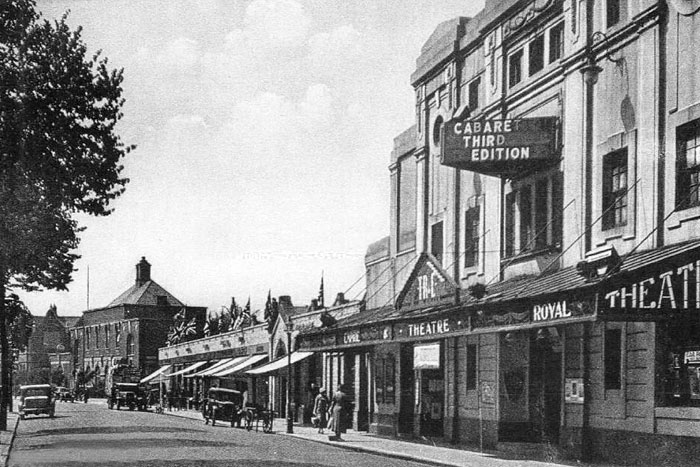 The Theatre Royal opened in 1894 and was further developed to embrace cinematic entertainment in 1910, subsequently renamed in 1916 as The Grand and in 1919 as The Empire. The theatre closed in 1959 and the building demolished in 1961 to make way for Shelton’s department store which was itself demolished in the 1980s and converted into office accomodation.

Today, the Broadway Theatre sits next door to the site (to the right) having previously been the 1937 built Odeon Cinema.