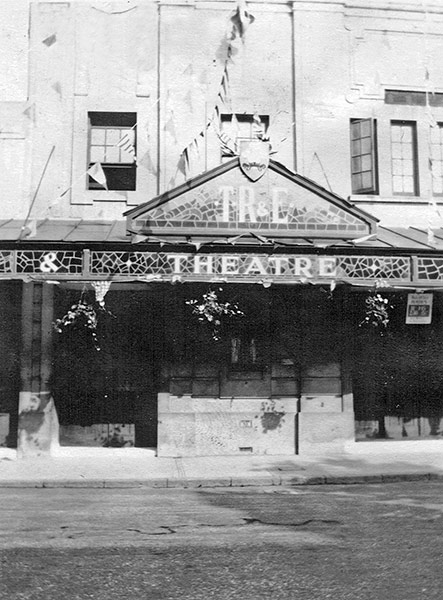 The 600 seat theatre eventually closed on 29th November 1959 with its last show being Not In The Book performed by the Penguin Players. The building was subsequently demolished in 1960/1 with the Shelton’s department store built on the site and later, after that was demolished, the site reverted back to its theatrical roots with the Broadway Theatre.

Richard Morris adds, “The Broadway Theatre is infact the old Odeon Cinema that stood next door to the Shelton Store. The Odeon was opened in 1937 by the Mayor of Peterborough, Councillor G.C. Hall who was in fact my Grandfather”.