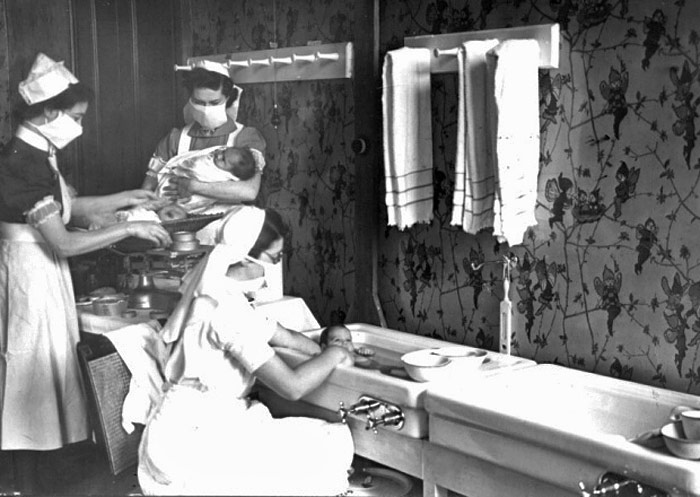 The maternity wing of Thorpe Hall captured around 1945. Thorpe Hall had been requisitioned for use as a hospital during the Second World War and became a maternity home immediately after. Thousands of Peterborians started life at Thorpe Hall which continued as the city’s primary maternity unit until 1971 when Peterborough District Hospital took over.