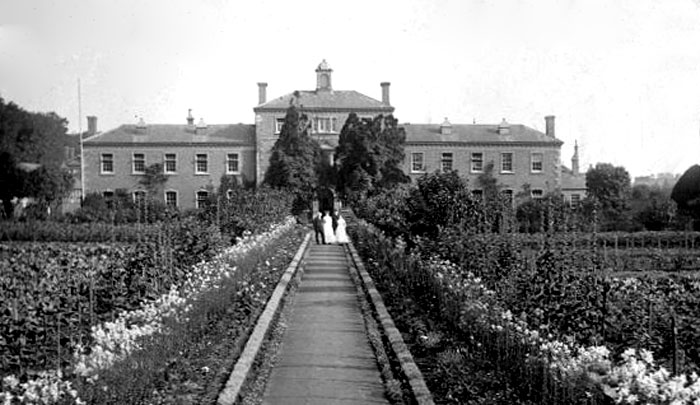 The Union Workhouse could house up to 200 “inmates” and was opened in 1837 with an additional infirmary added in 1843 and a chapel in 1865. The Workhouse was informally known as ‘Thorpe Road House’ after World War I, but formally renamed St John’s Close in 1948, when it became shared between the County Council and the National Health Service. Once the County Council had completed building three new residential homes for the elderly, the workhouse buildings were demolished (c1971).

The former workhouse site, just past the Aldermans Drive turning on Thorpe Road, later became Peterborough District Hospital. Six acres of land and the former workhouse were acquired in March 1972 by the Secretary of State for Health on behalf of the Regional Health Authority, who then demolished the older buildings. On the cleared site a purpose-built geriatric hospital (Fenland House) was built 1976-80 as an annexe to Peterborough District Hospital.

The lower image shows a Mr & Mrs Webb who were caretakers of the workhouse in 1908. Census records show that staff working at the site included a Master and Matron, a Schoolmaster and Schoolmistress, two Nurses and a Porter. 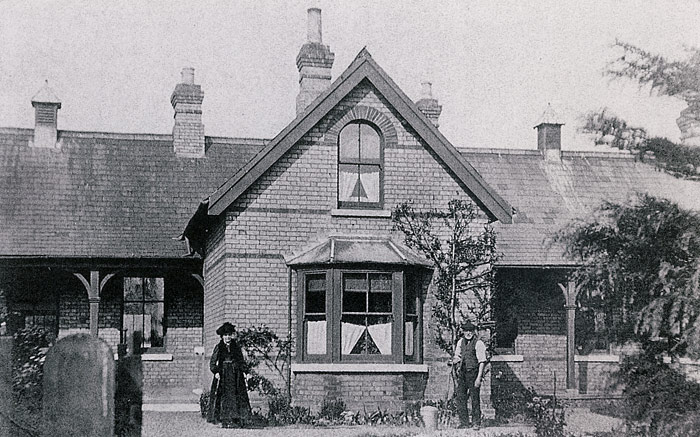