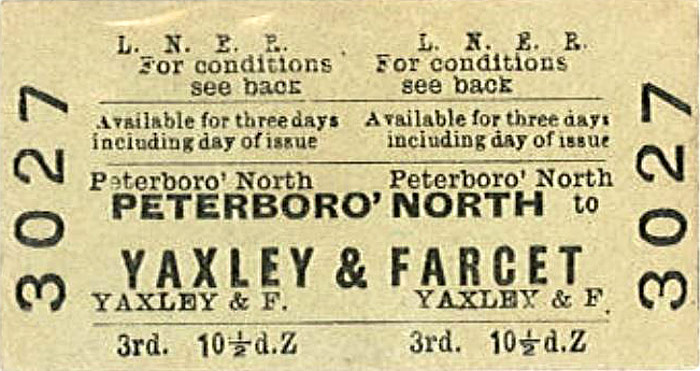 A third class single ticket from Peterborough North to the old station at Yaxley & Farcet issued on 16th October 1955.

The station, which was sited just south of the Broadway Bridge, opened in 1890 as simply Yaxley Station before being renamed Yaxley & Farcet in 1895. It closed in the early part of 1959. 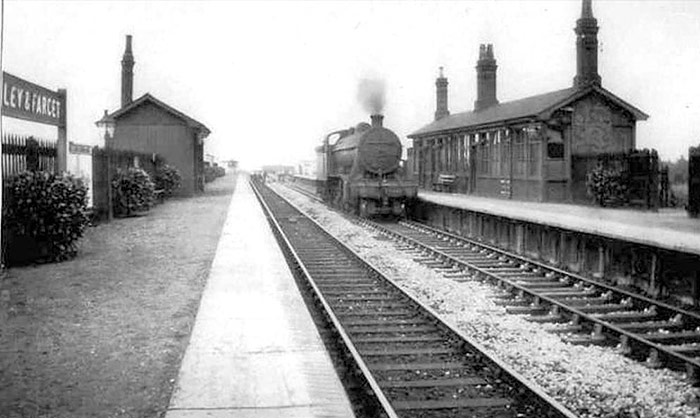