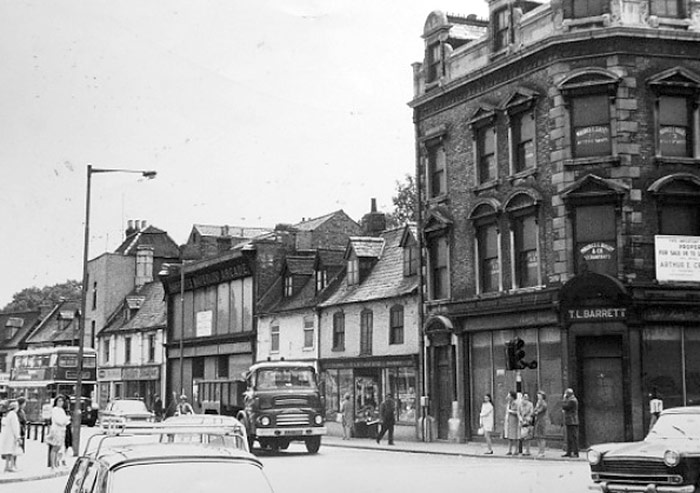 The images below show TL Barretts in the early 1960s with a recent day image immediately below.

Underneath that are three fascinating images kindly donated by Dale Freeman showing some old Barretts signage revealed during building work on the corner of Westgate in 2009.

A feature on TL Barrett in the Evening Telegraph in 2010 added ……….

“Businesses and shops set up by Tom Lawrence Barrett were once synonymous with Peterborough city centre. Tom Barrett, who was twice mayor of Peterborough, opened his department store in 1893 and sold both furniture and groceries there.

He was a prominent businessman in Peterborough and by 1893 already had two other well-known shops in the city centre. There was a drapers and clothes shop opposite, and further down Midgate was Barretts Waterloo Arcade, which sold china and glass.

So significant were the shops to Peterborough that the site of the first shop became known locally as Barrett’s Corner”. 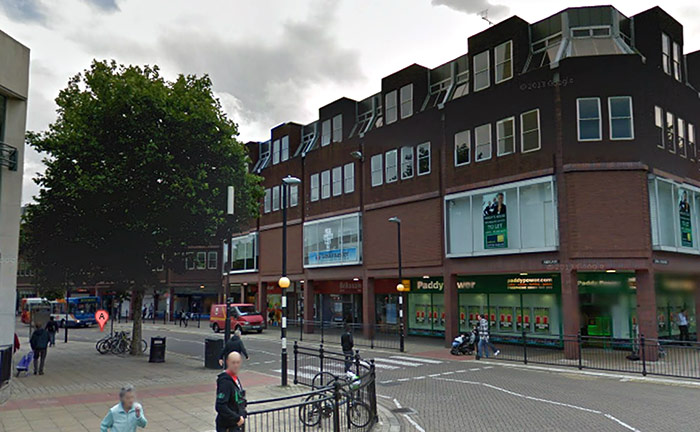 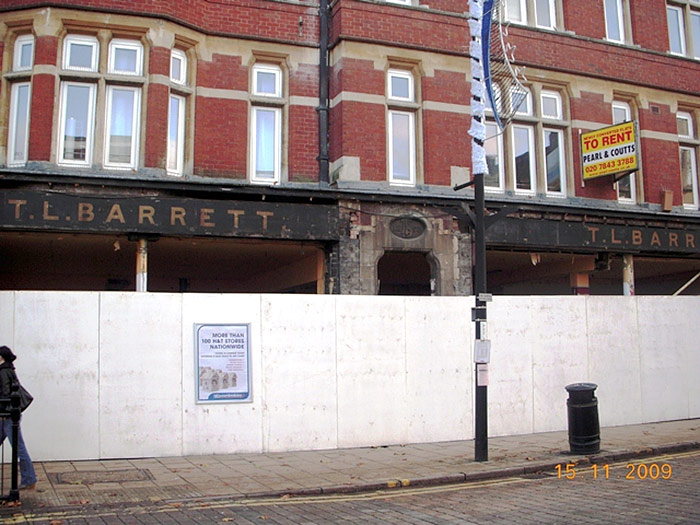 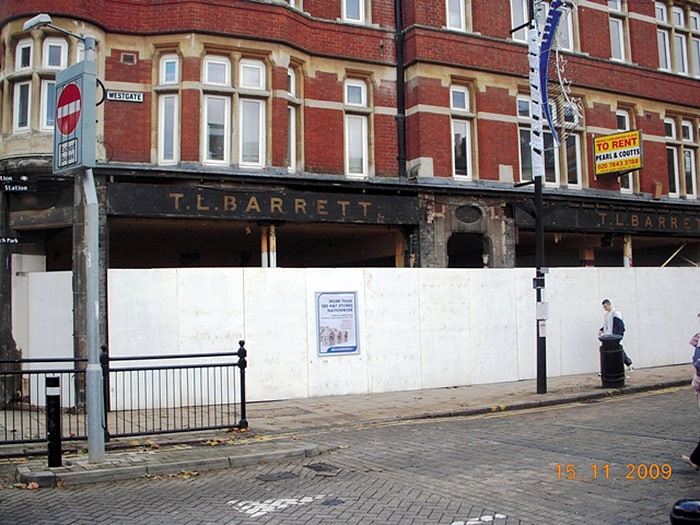 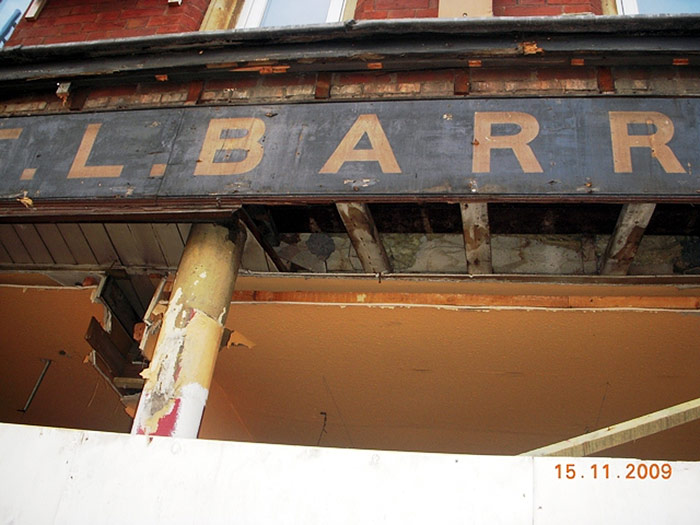