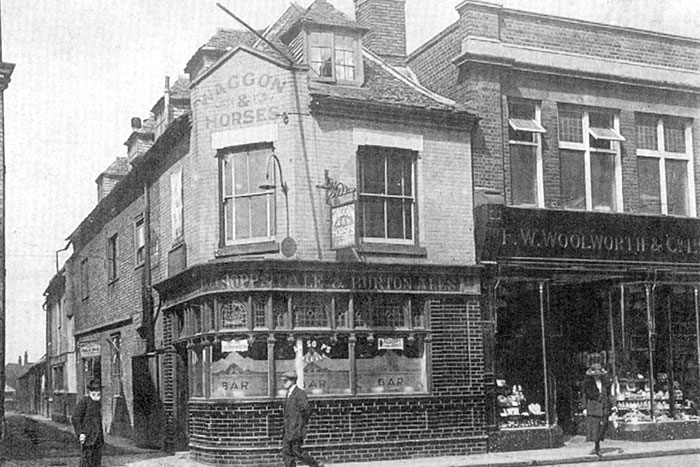 The Waggon & Horses public house sat on the southern end of Narrow Street, opposite the Golden Lion Hotel …… note the very early Woolworth’s store next door which opened in 1915.

The modern day image ironically shows Woolworths at the end of the week in which it closed in January 2009 !