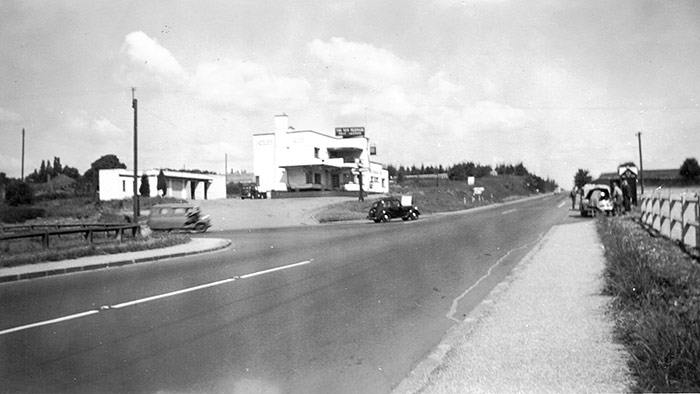 The newly opened Wansford bypass c.1929 with the old exit point from Wansford for the Great North Road still in use on the left of the image. The “art-deco” white building is the “New Mermaid Inn” which was a less than appropriate replacement for the “Old Mermaid Inn” that had previously sat in the village at the crossroads of the Great North Road and the Leicester Road (A47) before being demolished in order to straighten the staggered junction.

The “New Mermaid” saw life as a Little Chef until recently but now, in 2012, is a sorry and derelict site and sadly looking to be in its last years of existance.

Around thirty years later in the 1950s, the photographer’s son Dennis Thompson sits astride his motorbike on virtually the same spot as the image above. 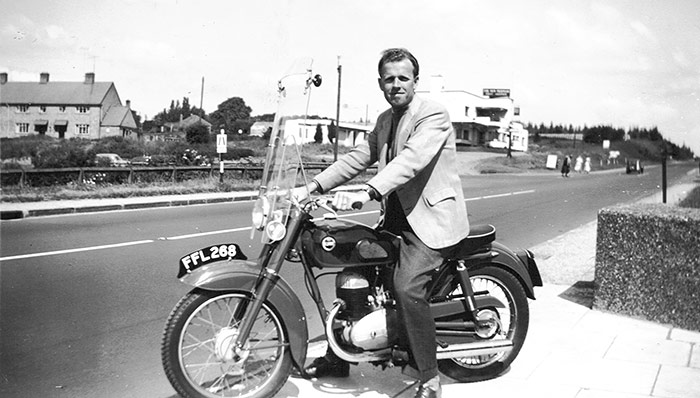 This image, also from the late 1950s, is looking north over the new bridge crossing the Nene. 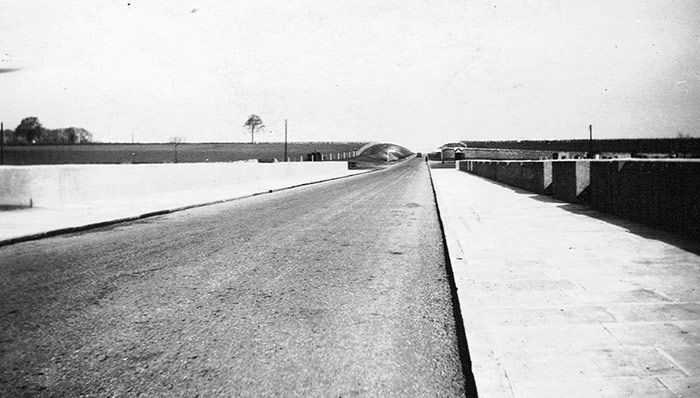