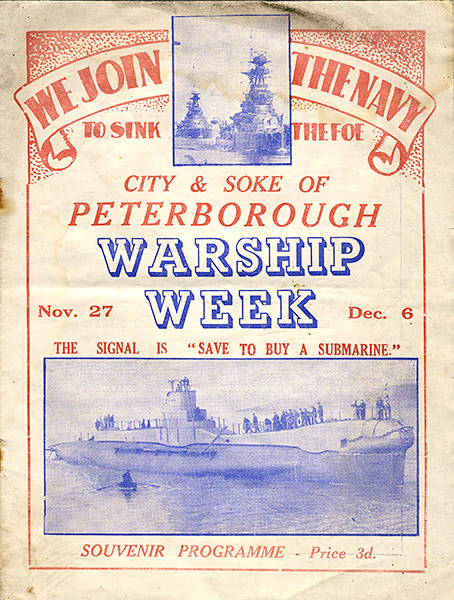 A fabulous wartime publication from late 1941 heralding a fund raising drive to raise £425,000 to cover the costs of building HM Submarine “Olympus”.

The programme of events included several military marches through the city, a display on Market Square of field and anti-aircraft guns and a further display of captured enemy equipment.

“Olympus” did see wartime action but, sadly, not for very long as it struck a mine off the coast of Malta on 8th May 1942 which tragically resulted in the loss of 89 of its 98 crew members. Earlier this year (2012), a team of maritime explorers discovered the wreck of the “Olympus” seven miles off the Maltese coast.

Peter Schofield adds, “Your Warship Week Adoption Plaque is held by the Submarine Museum in Gosport. The Keeper of Artefacts at the Museum informs me that she would be happy to return the plaque on long term loan.  This would mean your town would retain the plaque but she would renew the loan annually in case of staff changeover and to check on the condition of the item.   I am not sure of the condition of the plaque as it has been with the museum for some time and therefore may require some TLC.”

I have since taken this one further and, purely by chance, discoved that Peterborough has its own adoption plaque on the wall of the Town Hall (upper floor above the stairs) where it sits alongside a photograph of the submarine. Having discussed the story with the Peterborough Telegraph, I am promised a big feature article will be run later in 2012 to create greater awareness in the city of the Olympus and its brave crew.

Colin Butterworth, whose uncle was one of those who died on the Olympus,  kindly sent in the two lower images showing a memorial to the Olympus crew which was recently erected and which overlooks Manoel Island where Olympus was based. 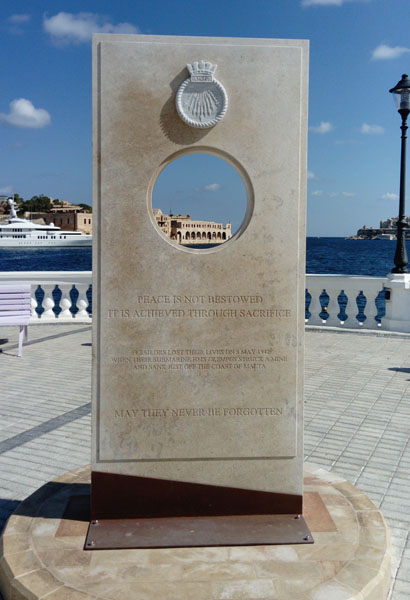 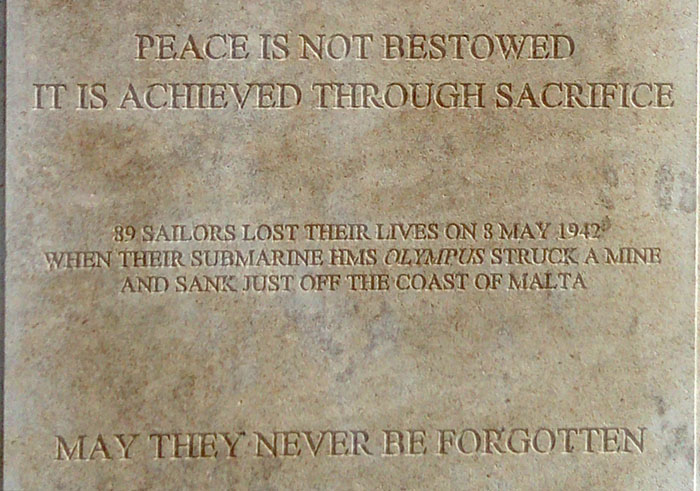