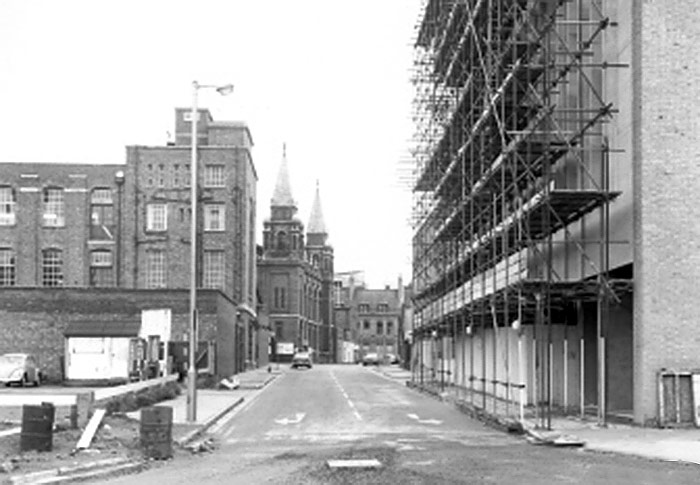 Looking up Wentworth Street in the early 1970s when Bourges Boulevard was being constructed. On the left is the old Telephone Exchange and further along the still standing Methodist Church. The foreground right shows the construction of possibly Peterborough’s ugliest building, the Woolworths / TKMaxx “block” !