The mill was built around 1864 although the base dated back to an older “smock mill” that was on the site from the 1600s and which burnt down in the 1830s. Two of the mill’s sails were lost in a storm in 1912 and the other two were removed in 1920. The mill continued producing via steam power right up to 1953 when the last of the millers, Ernest Goff, was forced to retire.

The mill continued to serve a purpose storing goods for a local business and in recent years has been stripped of its outer tar layer and has been nicely restored as living accomodation.

The building in the foreground is the original mill-house and, again, is arguably looking better today than it did 100 years ago ! 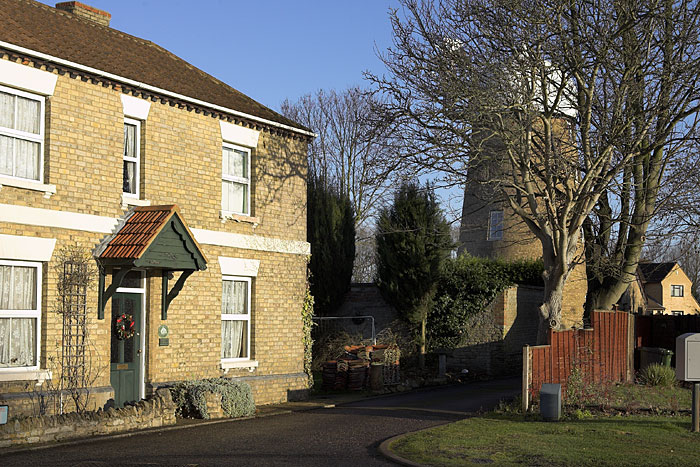