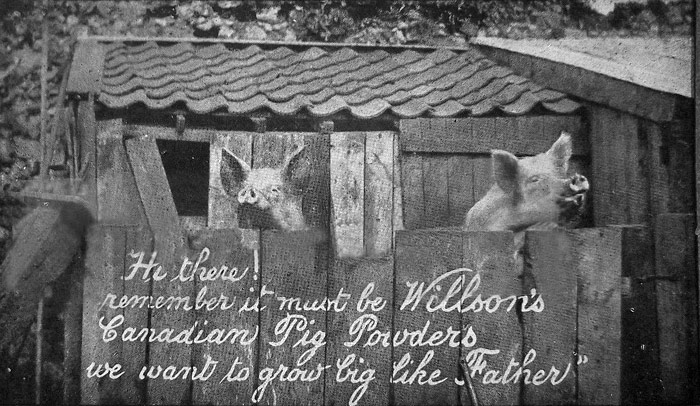 An advertising card issued by Peterborough’s Stephen Willson who was the sole trader of his Canadian Pig Powders that promised to “cure ills, prevent disease and make pigs more profitable” !

The Willson family can be traced back to Alford, Lincolnshire born Stephen John Willson who moved to the city in the 1880s and was operating as a chemist on Park Road in the early 1890s.

Stephen’s son William Tate Willson started out as an agricultural labourer before adapting his father’s pharmaceutical skills to establish a cattle medicine manufacturing business at 7 Lime Tree Avenue by the start of the 1900s. The address also claimed to be home to “a big experimental piggery” !

William’s son Stephen Osbert Geoffrey Willson (born 1900) appears to have taken the business on in the 1920s still operating from the same address. 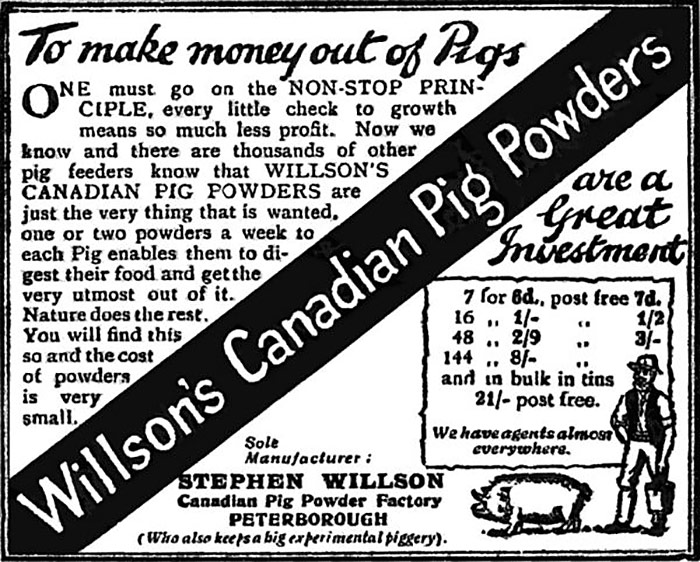