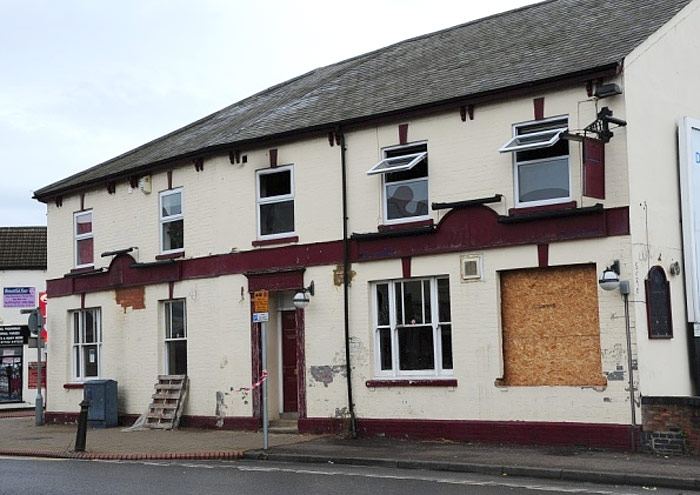 The old Windmill Inn on Lincoln Road, left derelict and nearly destroyed by fire in September 2010, currently the subject of various planning applications to convert the premises into either a shop of residential property.

Mrs Easton, from Fletton, wrote to the local paper, “how sad to see the old Windmill pub in Lincoln Road, Millfield, in such disrepair. My mother, two brothers, sister and myself were placed in one of the four small houses next to the pub, being evacuated from London in late 1941. Dad came to join us a few weeks later. Where the four house were is now the pub car park. My two younger sisters were born in that house, and I was married from there in 1947. Dad was a regular in the pub, everyone knew him as Cockney Martin. The pub had a clubroom and mum used to sing in there, and there was many a good sing-song at the weekends. It was a good morale booster during the war and we did have some happy memories when we lived there.”

Richard Austin, now residing in the land down under, contacted Peterborough Images in 2012 to add, “I have browsed through your photos of Lincoln Road Peterborough, mainly looking for The Windmill Inn which I found and as the comment from the Gentleman who lived in the house next door years ago mentioned, yes it is sad that this great, historical ‘pub’ should be laid waste. My mother and father, May & Ernie Austin, took over the Windmill when I was nine and my Brother Michael was sixteen – this was in 1955. Mum and Dad worked very hard, as did the people who they employed when they built up the business to sustain employees. Michael and myself have very happy memories of our lives at the Windmill and of the many characters who patronized our family and made many great friends through the pub. I was 22 when I left and emigrated to Australia in 1968. Michael followed me out a year later. Mum and Dad finally sold up and joined us here in Aussie in 1972. Michael is now 73 and I’m 66. Mum and Dad are long since passed and are interned at the Maryborough, Queensland Garden of Rest. A piece of history well remembered by us !”

The derelict pub (above) and happier days (below) – thanks to Richard Nicholson for the image below. 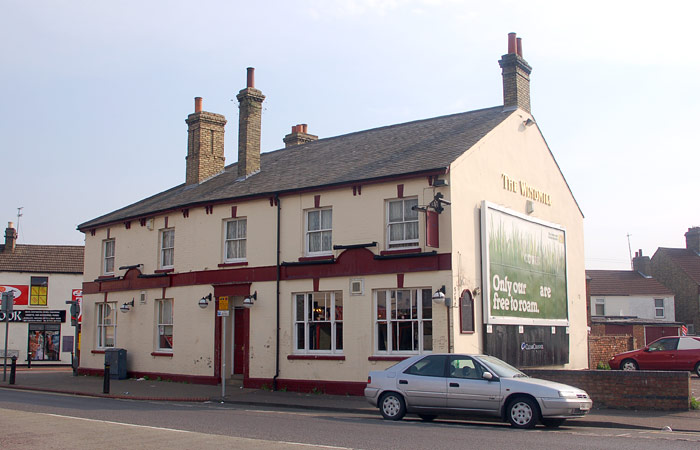