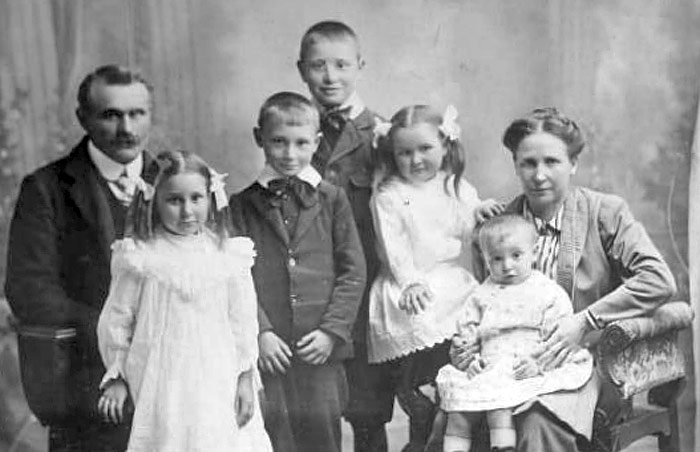 A nice family portrait from around 1910 and captured by photographer May Bone working at her Westgate studio. May listed herself as a “photographer’s apprentice” as a 14 year old at her home base at Fakenham, Norfolk and by age 30 had studios in Fakenham, Aylsham, Hunstanton and Peterborough.

After her death, her Peterborough studio was purchased by John Rozelar and then, in 1957, by Thomas Howell and became part of the locally well known Campkins business.