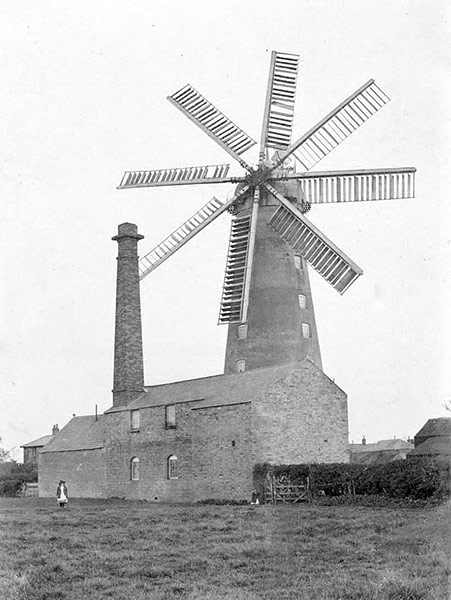 A wonderful shot of the eight-sailed Tower Mill at Eye captured around 1906, one of only seven eight-sailed mills in the UK.

Built in the early 1800s, the tower mill ground corn for nearly 150 years before first the woodwork became beyond repair and then, despite the best efforts to keep at least part of the building intact, the brickwork followed and 1982 saw the final remnants of the tower demolished.

The sails had been removed in 1948 after they had been deemed dangerous.