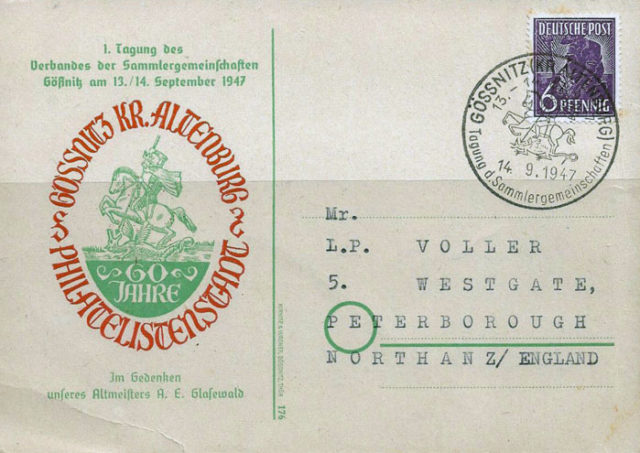 A communications card issued from the post-WW2 German Allied Zone in 1947.

The recipient was 1907 born Leonard Percy Voller who hit the headlines in 2009 when he officially opened the new Westgate Surgery in Boots, Queensgate at the age of 102. Leonard had been using the surgery since 1934 and, not surprisingly, was the oldest patient on their books at the time.

He gave his secret for leading a long life as ” …… not having died yet !”.