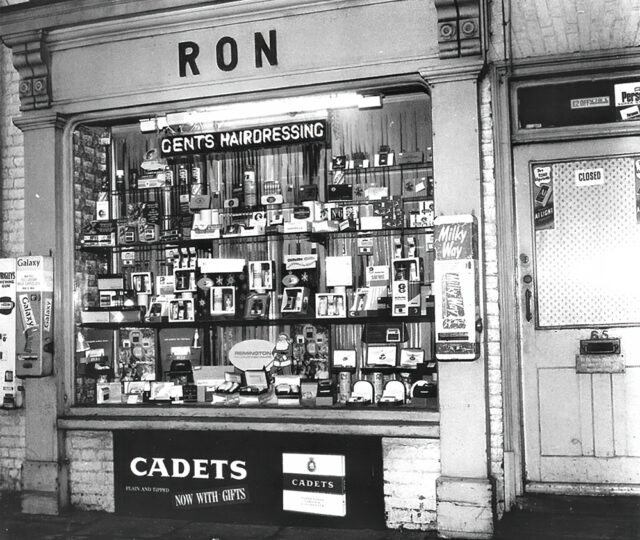 Ron’s hairdressing salon at 65 Westgate in the 1960s. Today the location would be nearly opposite Westgate Church and would be where the Queensgate bus station is now.

Ron was Ron Rudkins who opened his first salon in Coates shortly after the second world war. He soon moved his business to Westgate until preparations for the building of Queensgate started, at which point he moved to New Road opposite what was then Peterborough Motors. It was in New Road that Ron started fixing shavers and built up his Shaver sales and repair business.