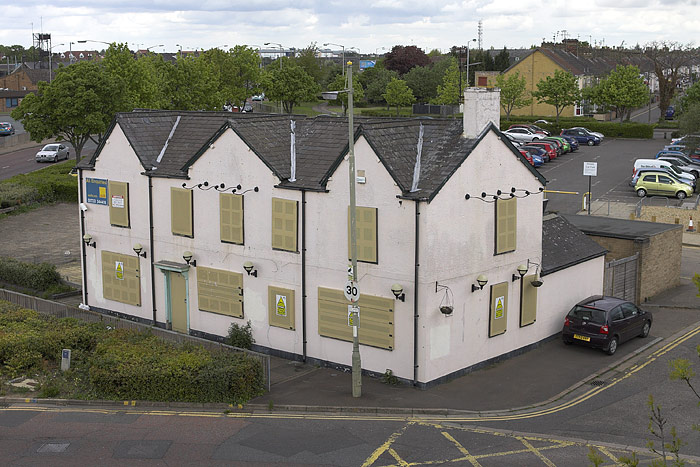 A pub first opened on the site in 1856 and was known as the Eight Bells but when the owner moved some twenty years later to a pub in Lincoln Road he took the name with him. The pub became known as the Six Bells Inn, but in the 1920s the “Inn” part was dropped and it became simply the Six Bells until 1993 when it became known as the Rat and Carrot. The building was re-named the Six Bells once again in 2000, before closing soon afterwards in 2002. Despite having been granted planning permission to operate as offices, any purchasers of the building will be under no illusion that the life of the Six Bells is very limited as the building has been earmarked for demolition as part of the multi-million pound North Westgate development.