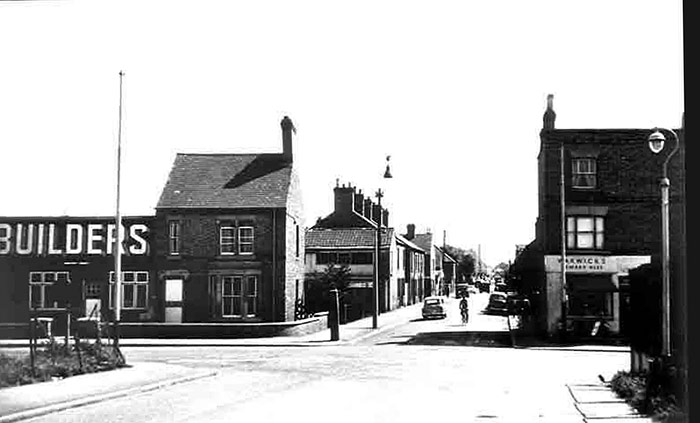 The junction of Westfield Road, Westwood Street and Taverners Road. On the left, a short way into Taverners Road, is Cyril Mundy’s Cycle Shop where many an ‘en route to Baker Perkins’ worker would frequent with their puncture problems. Probably dated to early 1960s.