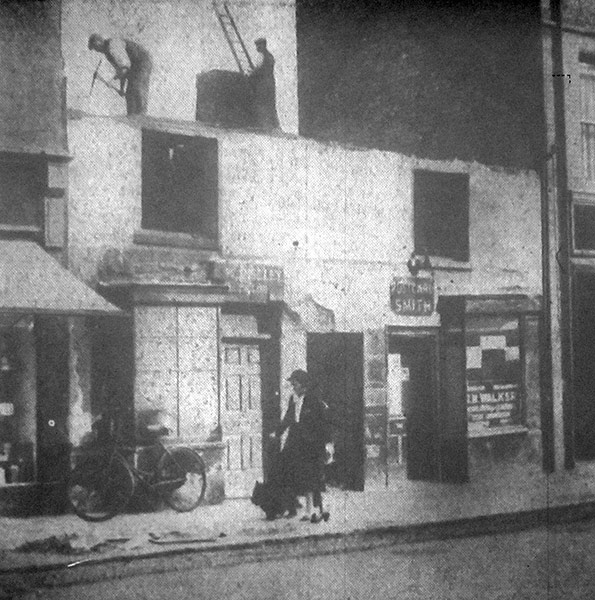 The demolition of two of Westgate’s oldest buildings even back in 1938. The premises on the left belonged to Alderman W Riseley and on the right, Mr Harrison Smith better known locally as Postcard Smith.

The rooftop demolition crew worked for Mr JH Walker of Dickens Street who were preparing the site for new premises to be erected by Mr Alexander Thomson.