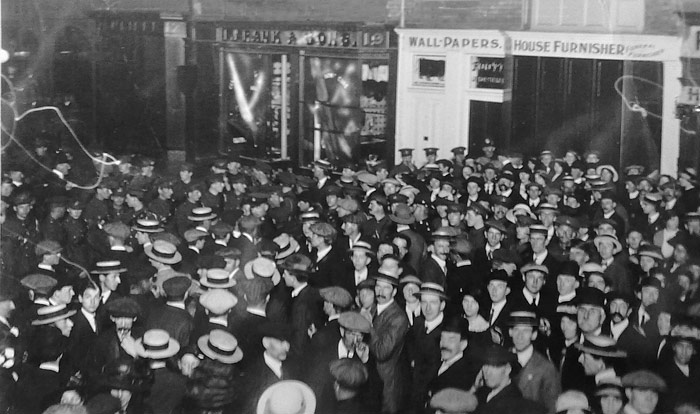 Nothing to compare to today’s rioters but these locals were out to vent their ill-directed anger at anything vaguely resembling “the enemy” as the Great War became a reality on 7th August 1914. The premises of Frederick Frank – a German born butcher – in the background was one of the first “alien” owned businesses to suffer at the hands of the rioters.

Eventually, the rioters were moved on by the troops of the Northants Yeomanry who you can see making their move on the left of the top image. 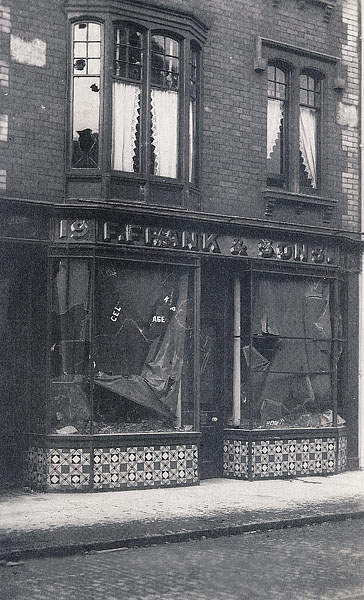