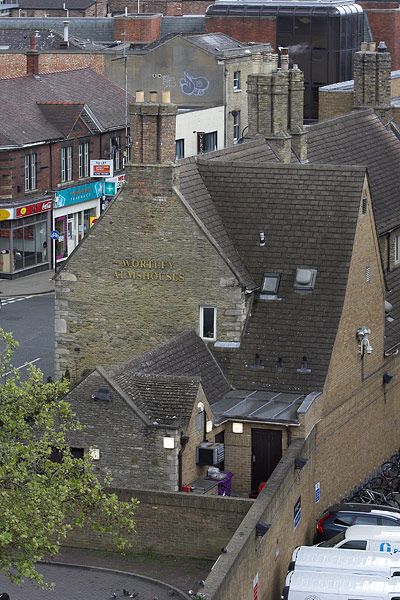 Back in 1744, one of the city’s MPs, Edward Wortley, purchased two small houses and the grassland that sat behind them and donated them as a new parish workhouse to supplement the existing workhouse in Cumbergate.

In 1837, a new larger workhouse was built on Thorpe Road and the two city centre venues became Almshouses or Almsrooms, still with the purpose of helping the poor and needy. Local legend has it that a visit from Charles Dickens just after 1837 resulted in the Wortley Almshouses providing inspiration for his novel “Oliver Twist” !

Parts of the building were rebuilt in the 1970s as Queensgate took shape and, in 1982, it made its debut as a public house. Developers have confirmed that the Almshouses will not be demolished as part of the planned North Westgate development.